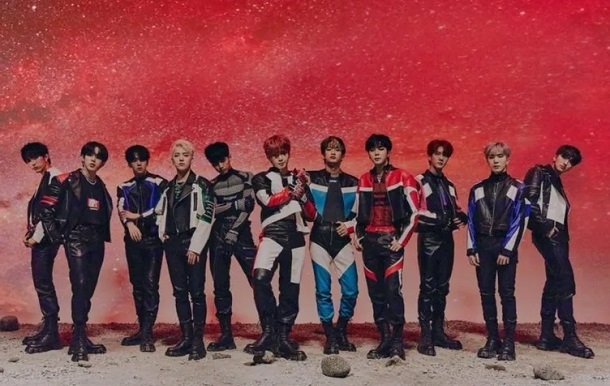 Over the years, I’ve become increasingly disillusioned with the K-pop sub-genre some affectionately call “noise music.” As dance clubs become less common and listeners primarily consume new music from their computer screens, dance-oriented tracks seem designed to get your head nodding as you watch YouTube rather than get your body moving on the dancefloor. Though K-pop groups place choreography over these blustering beats, their leaden sound seems almost antagonistic to groove.

I mention this because it explains why I often rate songs like Omega X’s Vamos quite low. Unfortunately, they’re just not my thing — and certainly not what first drew me to K-pop. Like so many other boy groups of this generation, Omega X seem intent on pursuing this style. New single What’s Goin’ On is another example of K-pop noise, though it’s anchored by a stronger arrangement than its predecessor.

The industrial beat that powers verse one gets the song off to a great start. If the producers had stuck to this driving rhythm all the way through, I might be raving about the track. But though the chorus doesn’t totally upend the momentum, the percussion becomes more predictable as What’s Goin’ On… erm… goes on. The pre-chorus is unremarkable, while the chorus forgets a hook in favor of a lazy chant that barely gets a chance to bare its teeth. By the time we fumble into a dance breakdown, the song has revealed itself as yet another maelstrom of blaring synths, distorted rumbles and growling vocals. This recipe has become a pastiche, and prevents me from fully embracing the track’s stronger instincts.