October matched February with 2017’s highest cumulative rating thus far, and I’m not surprised. It seemed as if I’ve been handing out 8’s with increasing regularity these past few weeks. Even though there weren’t many total knockouts, it was a month of consistently strong releases. It was also a month oddly short on girl groups. Instead, we had one of the most jam-packed weeks of boy group comebacks that I can remember in a long time. This stretch (Oct 10-16) produced two of my top three tracks, including my favorite song of October, which comes from a group that definitely needed a jolt of quality after a lackluster start to the year. Unfortunately, the month also resulted in what is probably my biggest disappointment of 2017. That would be Taemin’s Move album. Apart from its strong single, the rest of the tracks just left me cold. Luckily, it was surrounding by so many other exciting projects. From the arrival of multiple idol survival series (and their theme songs), to Seventeen’s string of unit releases, October began to convince me that 2017 still has some life left in it.

Highlight – Can Be Better (review)

The Unit – My Turn (review) 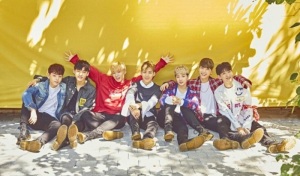